Why We Must Choose Financial Inclusion Over Censorship

Bitcoin and cryptocurrency censorship is extending to parts of the developing world. These are regions where the nascent technology has the potential to fill gaping developmental loopholes. According to statistics, only 456 million adults in Africa will have bank accounts by 2022. This number is less than 50% of the estimated number of adult residents in the continent.

Financial inclusion is a major step towards sustainable development. In the absence of adequate infrastructure to support traditional banking systems, cryptocurrencies have begun to make significant in-roads into the African region. Nigeria is the most populated country in Africa, accounting for about 20% of the Sub-saharan region of the continent. According to one of the largest P2P Bitcoin exchanges in the world, Paxful, Nigeria ranks second in terms of volume of Bitcoin transactions. This is one of the indicators of the extent that cryptocurrencies are filling economic gaps, especially among young adults in the continent. 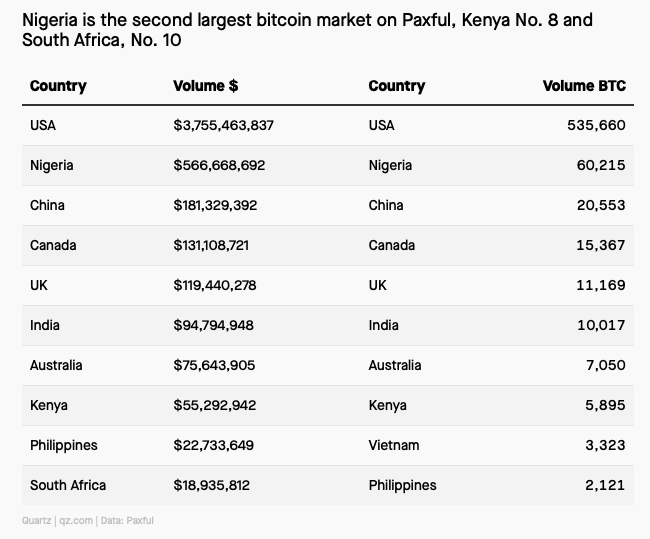 Apart from Paxful, several other cryptocurrency exchanges have established strong bases in Nigeria and other parts of Africa. They include Binance, Luno, Remitano and several indigenous platforms.

Another Government Clampdown on Crypto

With this level of progress and the gaps that cryptocurrency and blockchain technology has filled, it came as a surprise when the Central Bank of Nigeria (CBN) took a recent decision to clampdown on cryptocurrencies. On February 5, 2021, the CBN released a circular instructing all commercial banks to close all accounts that engage in cryptocurrency transactions. Since then, there have been several arguments over the issue and whether it was necessary or not.

Censorship of cryptocurrencies is not new. For many years, governments and regulators across the world have attempted to restrict cryptocurrency activities. In China, there has been an outright ban on cryptocurrencies, although the country has embarked on the project of creating a national cryptocurrency which it can control.

Any form of censorship does not align with the original principles behind the creation of cryptocurrencies. With the kind of actions that we have seen in China, and more recently in Nigeria, cryptocurrency users can be worried about attempts by governments and centralized institutions over censorship.

Censorship by governments and corporations is not restricted to financial transactions. In an earlier newsletter, the censorship of Former President Donald Trump on multiple social media platforms was discussed. Developments such as these validates the benefits of blockchain technology, especially in the area of decentralization and data privacy.

In a controlled system, everybody must abide to the dictates of those in control. This is exactly what is happening in China at the moment. There is usually the enactment of extant rules, or control by coercion. However, in a decentralized ecosystem, everybody would have a say. To drive this home, data privacy and anonymization becomes essential especially when unfair clampdown and victimization is possible.

Situations like what we have seen in China, Nigeria, and other developing parts of the world exposes the need for blockchain solutions like Powerkee. The need for anonymized decentralized blockchains is even more pressing given the censorship controls being implemented by authorities. How data and value should be exchanged is supposed to be the decision of the people, who are the actual owners of the data and value. Undue restrictions that hinder inclusiveness must be discouraged, and data privacy needs to be upheld.

PowerKee is a cryptocurrency network that makes privacy easy. Users can transact cheaply and instantly while maintaining anonymity. The PowerKee protocol uses a mixture of zero-knowledge proofs and coin mixing to provide strong privacy assurances to its users.